The AAC Model 7 300 Blackout rifle is breaking my heart.  It reminds me of the hot new girl in town that everyone is after who turned out to be hard to live with.

The AAC Model is essentially a Remington Model 7 fitted with the AAC .30 caliber barrel.  It is a short, lightweight, cool little gun that I really want to like (a lot).  Specifications:

Trigger pull was acceptable (for general hunting) but heavy.  Out comes the trigger scale – 4.5 pounds.  Advertised as factory set at 3.5 lbs.  OK, no problem, supposed to be 2 pounds of adjustment, I will just adjust it down to about 3 lbs.  Uh oh, the external adjustment screw came all the way out!  Worse, the pull was still 4.5 lbs even without the adjustment screw.  After some further investigation it appears that the trigger is indeed adjustable – from 6.5 lbs all the way down to 4.5 lbs.

“Call Remington, they made it.”

“Huh. Trigger must be out of spec.  You have to send the rifle in.”

“Can’t you just ship me a new  trigger?”

OK, getting nowhere here.  Let’s take it out to the range.  We mounted a Templar Tactical Ark30 7.5″ titanium suppressor on it and headed to the range with Barnes VOR-TX TTX 110gr and Hornady 208 gr A-MAX.

Vortex PST 1-4 TMCQ MRAD.  Awesome optics for this rifle’s intended purpose – whacking hogs under 100 yards in poor light.  The Viper PST has a cool illumination system that is easy to bracket a hog with.

Initial impressions were positive.  We fired some preliminary rounds at 50 yards to get a group on paper and then moved out to 100 yards for accuracy testing.

This is where things started to go wrong (again).

We were having trouble getting a decent grouping with the subsonic Hornady 208 gr AMAX and switched over to the Barnes VORT-TX 110gr.  After a few shots the bolt gets hard to close and then we can’t close the bolt with a round in the chamber at all.  Try different ammunition.  No luck.  Tried several times and no amount of (reasonable) pressure could cause the bolt to lock battery with a round in the chamber.  In fact, the cartridge became tightly stuck and I had to knock it out with a cleaning rod and hammer.

AAC Model 7 back in the case.

Once home, I proceeded to carefully examine and clean the bolt and chamber.  No obvious burring.  Bolt cycles freely, closes, and locks with no cartridge in the chamber.  Try various makes of cartridges and bolt will not come even close to closing.  Maybe it is a bad extractor.  Second call to Remington:

“I am calling about my AAC Model 7 .300 Blackout.  It is a Remington Model 7 .223 that you ship to AAC and they install their .30 caliber barrel.  The bolt cycles freely with an empty chamber but won’t close with a cartridge.  I think it is a bad extractor.”

“Do you have the serial number?  That serial number is a .223 bolt.  You are shooting .300 Blackout rounds through it?”

“OK, I spoke to one of our techs.  I didn’t know we made that rifle!  The tech said it was probably a bad extractor.  Would you like for me to mail you a new one to install?  You can try that first before shipping the rifle in.”

Remington then sent me the wrong extractor.  I guess the .30 caliber barrel with a .223 caliber bolt threw them off and they sent the larger extractor.  I ordered the correct one from Brownells and installed it – same problem persists so it isn’t the extractor after all.  The ejector seems to press all the way flush to the bolt face.  I don’t see any sign of burrs or obstructions.

I finally find the right guy at AAC to help me out!  Ship the rifle off to him and he promises to personally handle it all.  He takes care of shipping the rifle to Remington and they install a new trigger that is in spec.  He then discovers, “The extractor spring would not allow the case to seat all the way against the bolt.”  Extractor spring?  Ejector spring?

In any case, the rifle is finally back in my hands and operational and I will be heading back to the ranch and range next week.  Stay tuned for Part Three of The Blackout Quest. 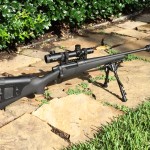 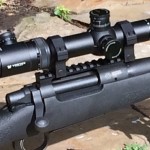 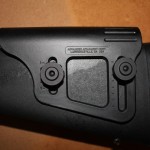 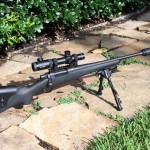