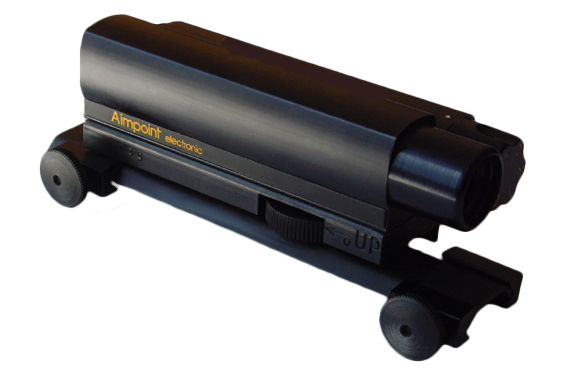 As the press conference continued, several notable accomplishments in 2015 were highlighted:

Aimpoint will make a big push into hunting during 2016.  Many of the Aimpoint folks are enthusiastic hunters including Lennart Ljungfelt, the Swedish President of Aimpoint, AB.  If you have been paying attention you will have noticed that most of their advertisements during the past several years feature hunting scenes.  Aimpoint intends to drive home that message.

Aimpoint Hunter will, as you might guess, focus on the hunting market.  Whereas many people might first associate Aimpoint with law enforcement and military, their true roots are in hunting.  The website will be a Business-to-Consumer portal that will allow consumers, for the first time, to purchase products directly from Aimpoint.

Aimpoint will be releasing a new line of magnifiers.  The 3XC Magnifier (for the civilian market) will hit stores in April with an MSRP of $307.  This 3X magnifier can be used with the weapon sight or as a monocular.  There will also be a professional 6X magnification version available late 2016.

Mr. Lisankie closed the meeting by confirming that Aimpoint is currently engaged in fulfilling two government contracts for the ECOS-O Sight with SOCOM and the Air Force.

One thought on “Aimpoint Hunter”