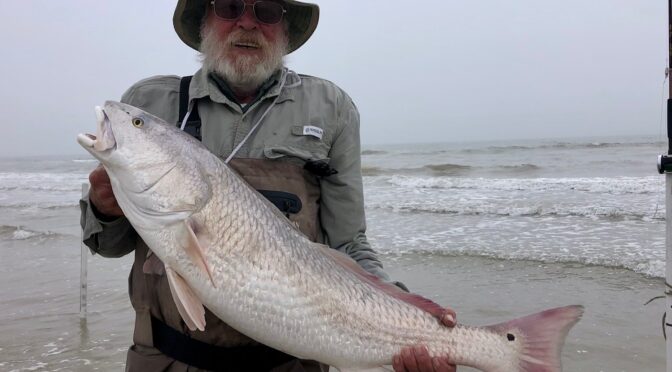 Just can’t stay away from the saltwater. When dad called and said he was heading to Cedar Bayou in the morning, I couldn’t help myself.

We met at a foggy boat ramp and eased across the bay. Once we got in the bayou and parked the boat, it was a short 500 yard walk to the surf. And, until 1pm we caught reds at a steady pace. Never had more than about 10 minutes to sit down. We caught reds up to 41”, several in the 30-34” range. 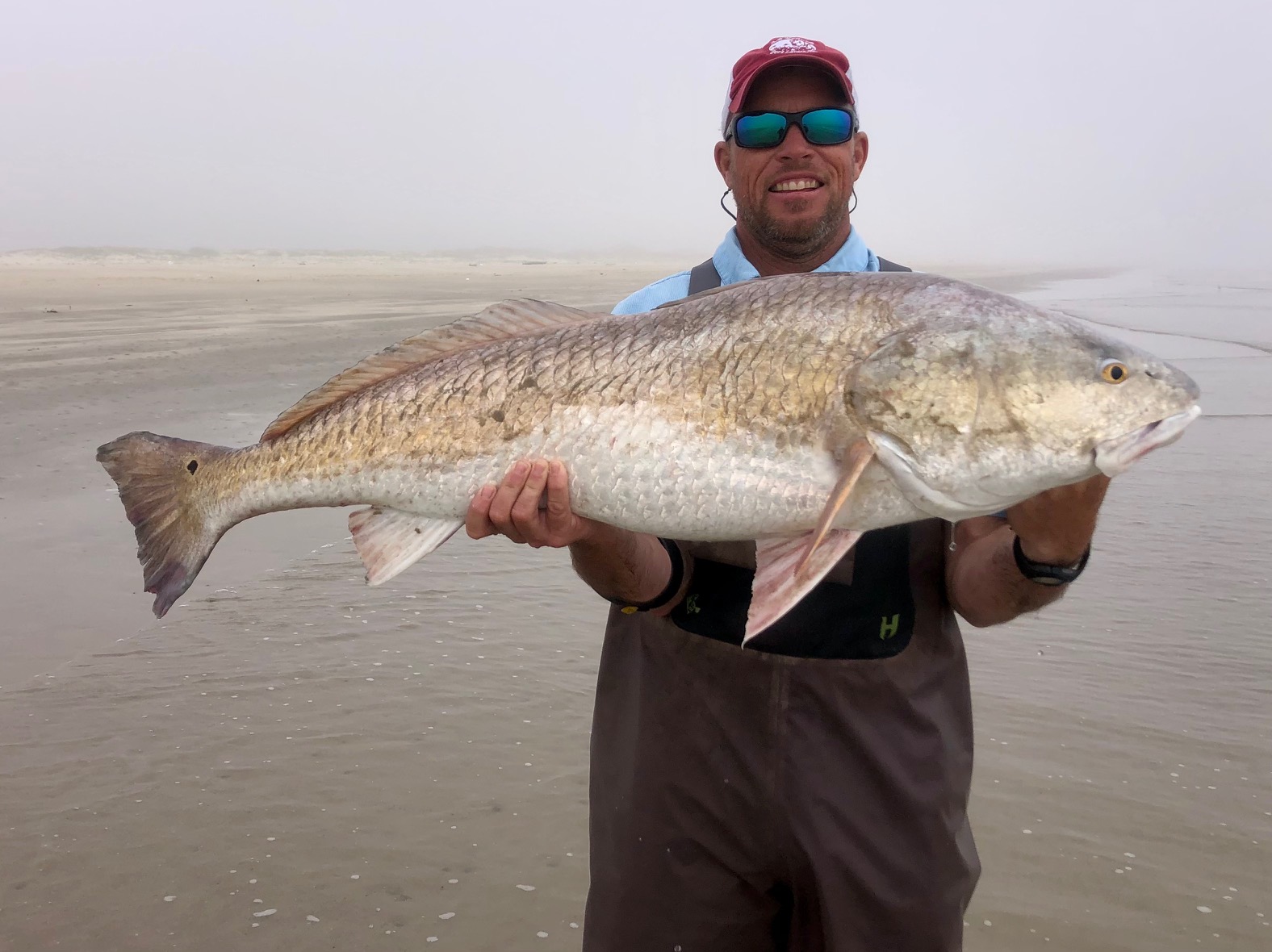 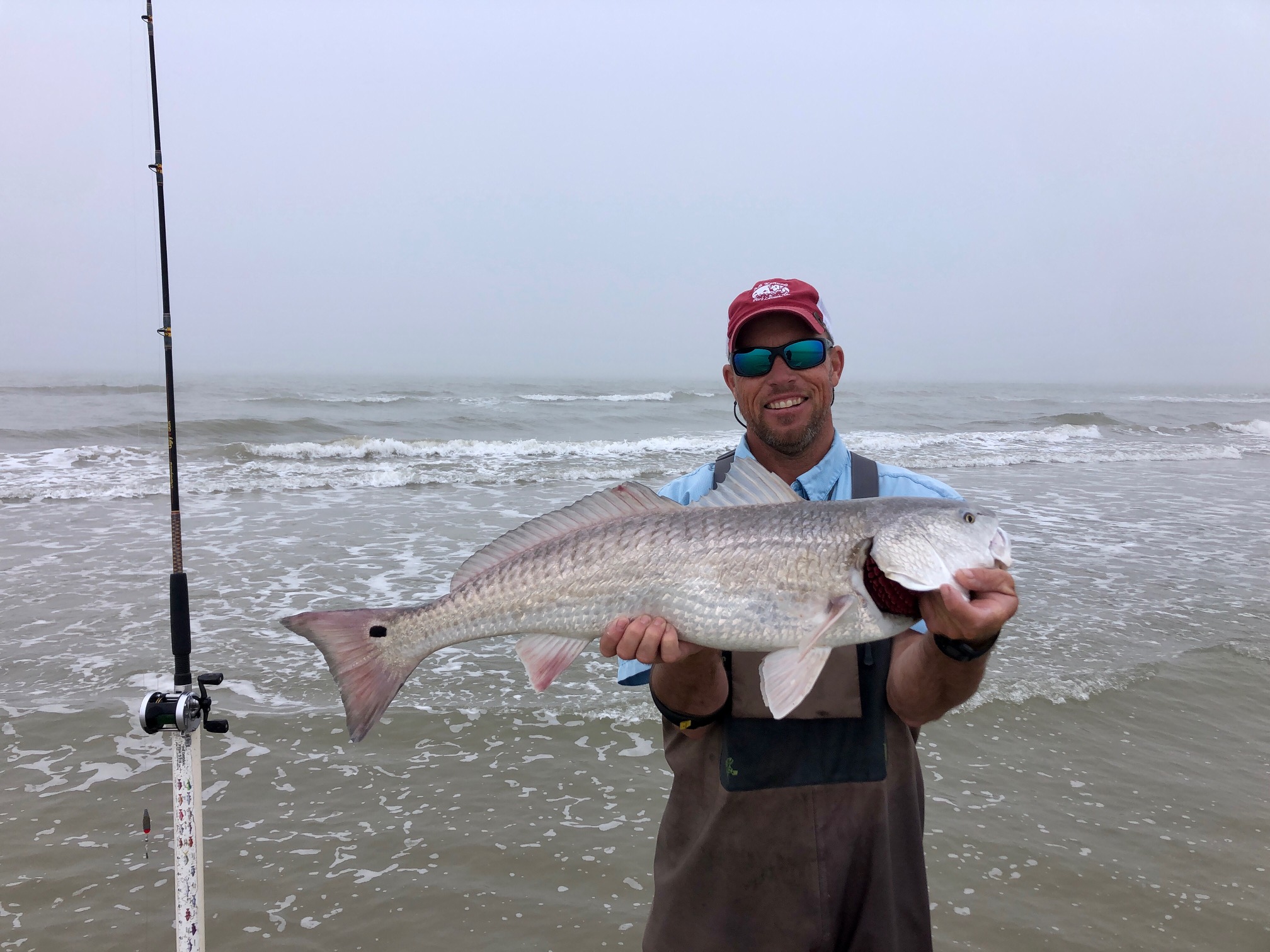 st cut. Can’t wait to see how lower SA bay and Mesquite get in the Spring, once I get back from Port Mansfield. 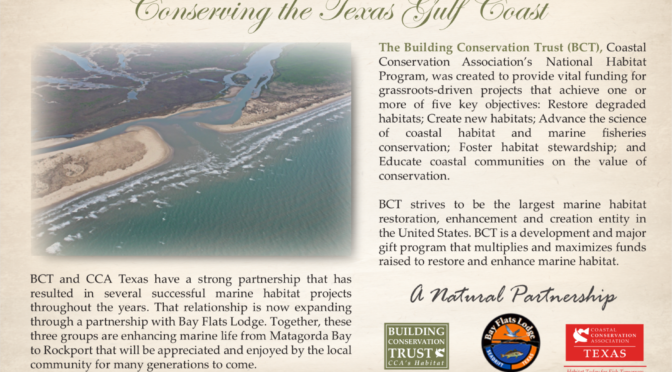 The United States portion of the Gulf of Mexico coastline spans 1,680 total miles, stretching all the way from the border with Mexico to the Florida Keys. Here in the great state of Texas, our slice of this magnificent shore consists of 367 miles of some of the absolute best inshore saltwater fishing to be found in any of the other states outlined by Gulf waters – Louisiana, Mississippi, Alabama, and Florida. Today, Texas coastal anglers enjoy a rather vibrant coastal fishery, but things haven’t always been as good as they are now.

Out of neglect and disrespect for such a wonderful natural resource as our Texas coastal fisheries, commercial fishing in the mid-1970’s all but wiped out the state’s speckled trout and redfish numbers altogether. Because of this, a small group of 14 concerned recreational anglers start the Gulf Coast Conservation Association (GCCA) in order to fight the commercial overfishing. The GCCA began with the famous “Save the Redfish” crusade, and by 1985 chapters had formed along the Gulf Coast. By the 1990’s, the mid-Atlantic and New England states had chapters, and then Washington state and Oregon started chapters in 2007. Today’s organization is known as the Coastal Conservation Association (CCA), and they’ve effectively engaged in almost every national fisheries debate since 1984, things like the defense of net bands, the implementation of by-catch reduction devices, the support for pro-fisheries legislation, and the battle against arbitrary no-fishing zones.

At Bay Flats Lodge, being good stewards of the land and the wildlife isn’t just a slogan. It’s our way of life, and we have created our company based on those beliefs. This attitude and culture is reflected in all that Bay Flats Lodge does, and it’s for that reason we are genuinely proud to announce our partnership with CCA Texas and CCA’s national habitat program, The Building Conservation Trust (BCT). BCT and CCA Texas have a strong partnership that has resulted in several successful marine habitat programs throughout the years, and that relationship is now growing through a partnership with Bay Flats Lodge. Together, these three groups are working together to foster and enhance marine life from Matagorda Bay to Rockport.

If you would like to show your support of conserving, promoting, and enhancing the present and future availability of coastal resources for the enjoyment of the general public, just let us know upon arriving for your stay at Bay Flats Lodge, or when checking-out prior to your departure. Bay Flats Lodge will automatically match dollar-for-dollar your donation toward these tremendous efforts.