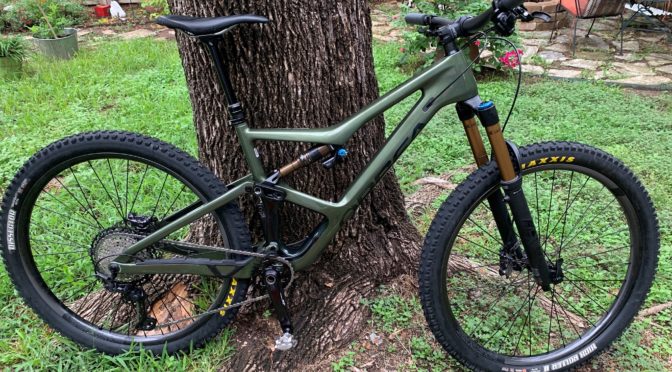 END_OF_DOCUMENT_TOKEN_TO_BE_REPLACED

I have seen this come up often on forums and had people ask me.. well, let me tell you that with good shot placement and a good bullet it works VERY well. I have shot numerous pigs and deer within what I would call “bow range” of 30 yards.. All went down fast and hard. My pistol is a Dan Wesson Valor shooting primarily Hornady Crticial Duty 220g +P. I had it fitted with a threaded factory barrel by my friends over at STI Guns in Georgetown. I installed a set of aftermarket suppressor sights from Novak. I run a Rugged Obsidian can. 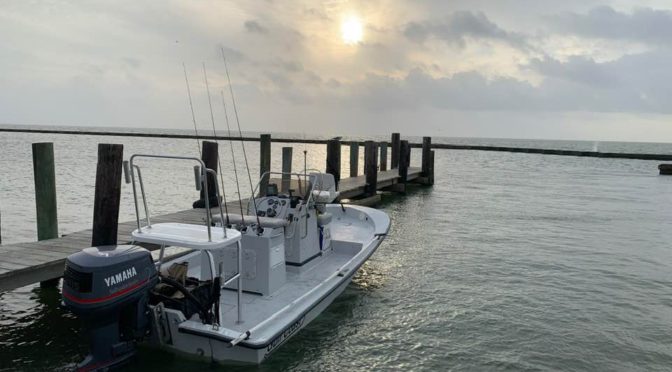 What a great way to spend the long weekend.. fishing in Seadrift on our new boat.. We recently picked up this very clean used boat from an old family friend, Ronnie Hubbell. Ronnie and our family go way back like 50 years. He started working for my dad when he was about 18 at Portland Marine and became and invaluable employee and lifelong friend. Later on he went off on his own and started up Ronnie’s Marine in Aransas Pass.

It was a great weekend learning both the area better as well as the boat. My first time running a tunnel hull and a boat with a jack plate. A bit to learn and get a feel for it’s shallow water capabilities Really not wanting to get stuck we took it cautiously over a few trips and I would be lying if I said we weren’t a bit nervous getting into shallower and shallower water. We were able to run into some of the lakes and the thing that kept going off in my head was from Ronnie “It will run shallower that it will float” meaning that while you might be able to run in under a foot of water you might not make it out if you stop! We ran cautiously but were able to twice get it in about as shallow of water as we felt we could run.. a bit nerve wracking, wide open, tripped all the way out and feeling the skeg of the engine bumping bottom but knew we had deeper water ahead and rocked on.

When you see a pelican standing 20 ft from where you are about to run through.. oh boy…

We are geniuinely impressed with the construction of the boat, the layout, storage, design and construction. It’s not a “fancy” boat by any means but it is solid and handles chop and some big waves in the bay very well. It’s also a very dry boat. We have been out on it for 3 weekends and never once got wet, and we ran across bays numerous times in 15-5 mph winds. The 115 Yamaha has a 4 blade stainless prop and pops out of water fast and gets on plane quickly. Jack the motor all the way up and trim all the way in and hammer down!

Looking forward to more time on the water for sure! 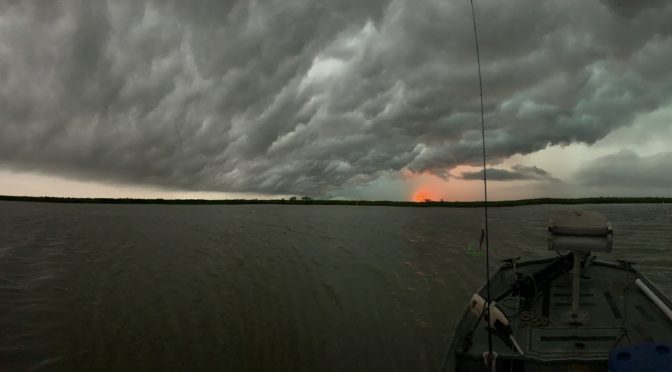 How cool, we are getting a new boat!! woo hoo! Been wanting to upgrade our old 16ft jon boat for a few years for the coast.. You know, something a little bigger, able to run shallower, farther, etc.. This was something we weren’t really planning until next year. And then, one trip to Rockport and all that changed.

END_OF_DOCUMENT_TOKEN_TO_BE_REPLACED

Went out for a nice 4 days of hunting over the Christmas break with my son David (14) in search of a good cull buck. He got the job done Friday evening. I had spotted a deer before and had pictures of him and discussed with the lease manger. Definitely a targeted hunt for a specific deer that met ranch criteria.

It came in Friday evening and it was windy. Deer were skittish and would just take off for no apparent reason. I saw the buck come in and told David “he’s back” and we shifted seats. He got the 7mm08 in position and it started to walk off into the brush, I said “he’s leaving, get on him but don’t rush the shot” BWAM—— sssscccchhhhhhtttt THWAP! IMPACT!

Saw the deer take off, hit the ground, turn and run, hit the ground again and go off into the brush. I asked him how he felt about his shot, where he aimed, etc.. “In the leg” he said. “In the leg??? !!” was my response.. “In the leg?” He was like, “well,, the shoulder” Ah.. ok, then he grinned and said “He’s dead” Confidence is everything.. We waited about 30 minutes and sure enough, there he was, laying down, antlers up. He made it about 30 yards total. Both legs broke. In the area we were hunting if a deer runs into the thick brush they can be VERY hard to find and people lose deer out there more often than they should. I would rather lose a few pounds of shoulder meat than a whole deer.

Took some pics, high fives, loaded up and headed back to camp. Always funny to see everyone hanging around the cleaning station judging everyone else’s deer. My boy did good. 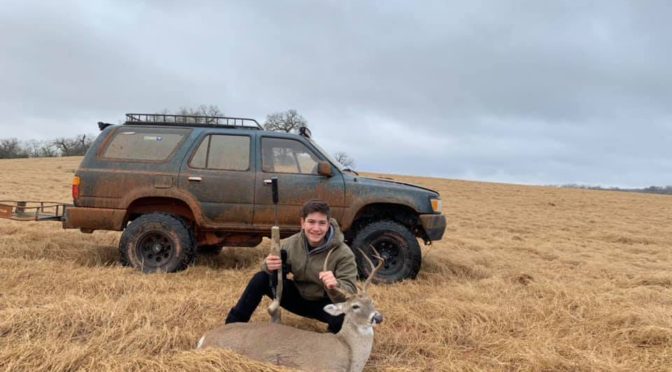 We had a great 3 days of hunting this past weekend.  Good times with my son and brother.  Sharing the great outdoors with family and close friends is what it is all about.  I am very thankful that we get to do this and I know my boys will remember these times as the grow old.  Hopefully they are able to have good jobs and can afford to go hunting when they are old dudes!  Getting harder and harder to afford good hunting and that is only going to get worse.  We only shot a cull and a doe, but it was a great weekend!

END_OF_DOCUMENT_TOKEN_TO_BE_REPLACED 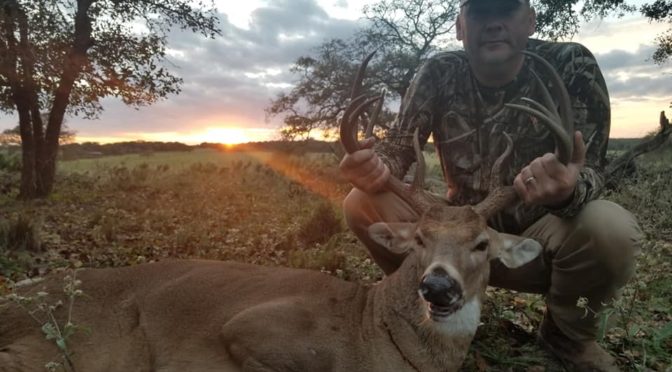 Had a great 4 days of hunting on our lease south of Seguin..

We are an MLD property and so our rifle season starts Oct 1 for does and bucks start November 1.  We arrived Wednesday evening and were all really excited to get out and hunt!

We all went out Thursday morning and saw activity but no shooters.

I decided Thursday to hunt a new area that had some long range potential with the blind out on the middle of a field tucked under a tree.  Took out the 6.5 Creedmoor and took a doe at 350 yards with Hornady 143 ELDX.

Running my Southern Precision Rifles 6.5 Creedmoor that I have ran out to 1k many times, I have absolute confidence in this rifle. Golf balls at 500 yards and clay pidgeons at 1k! 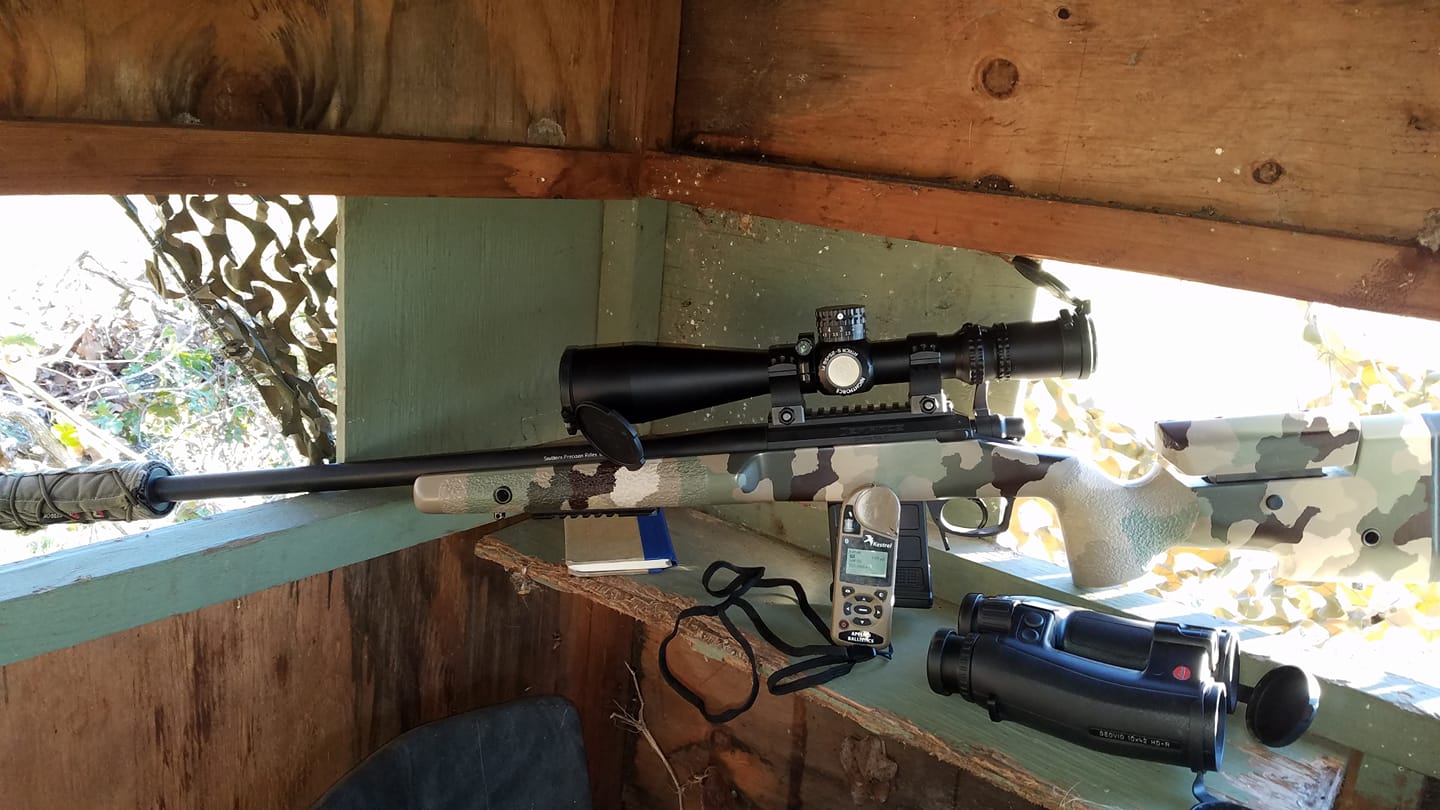 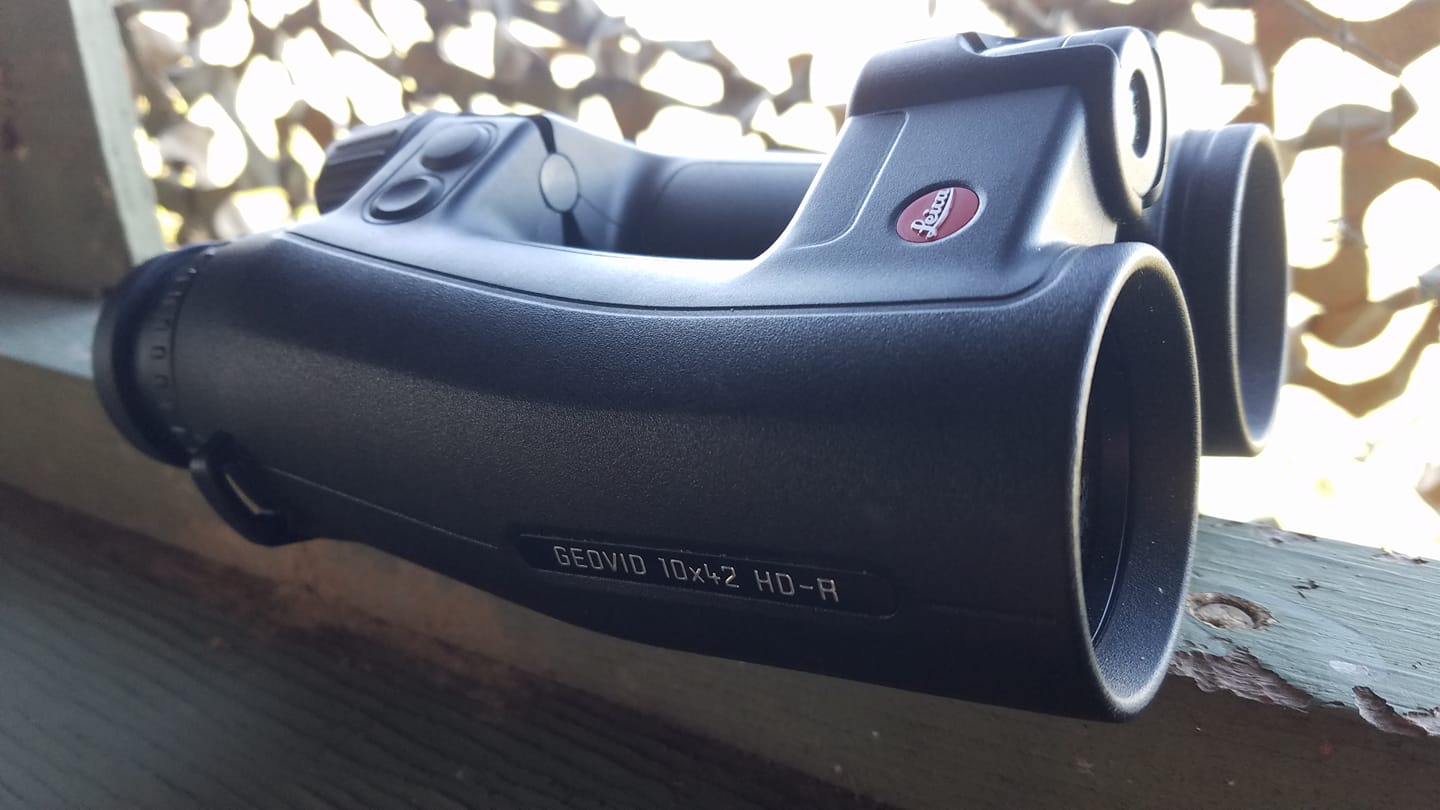 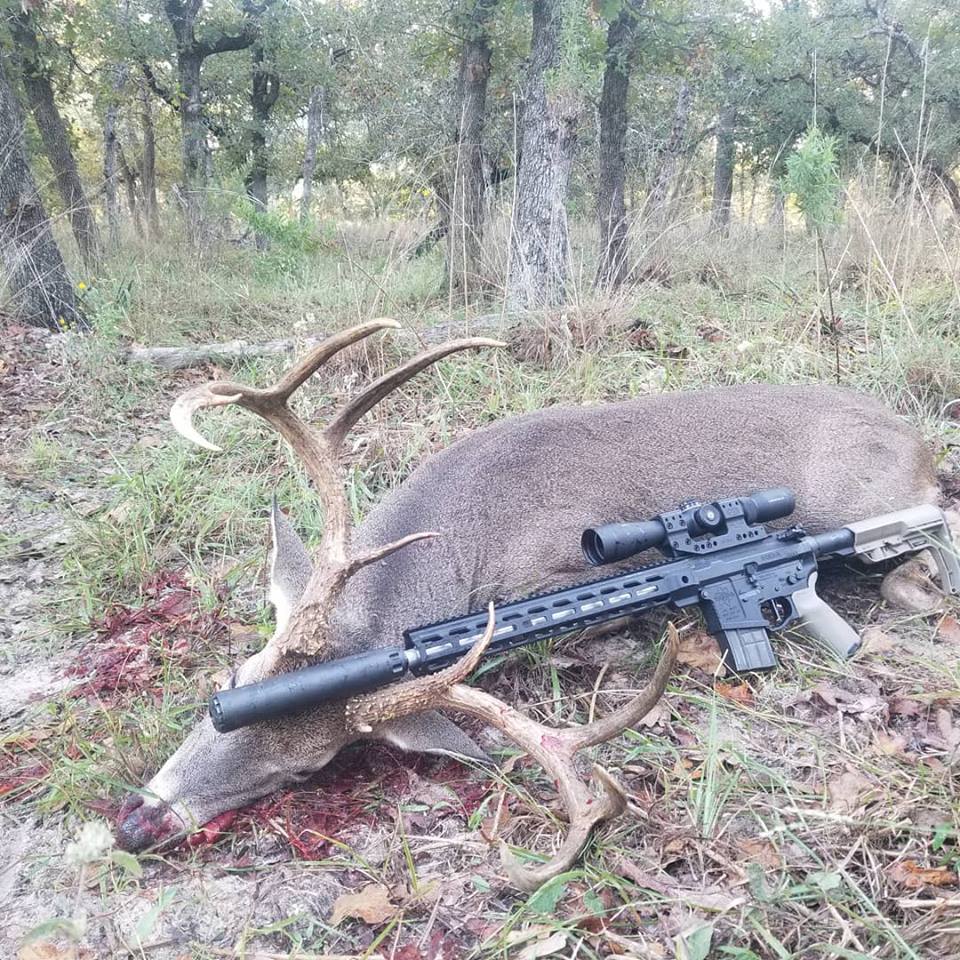 Saturday night it was my turn! 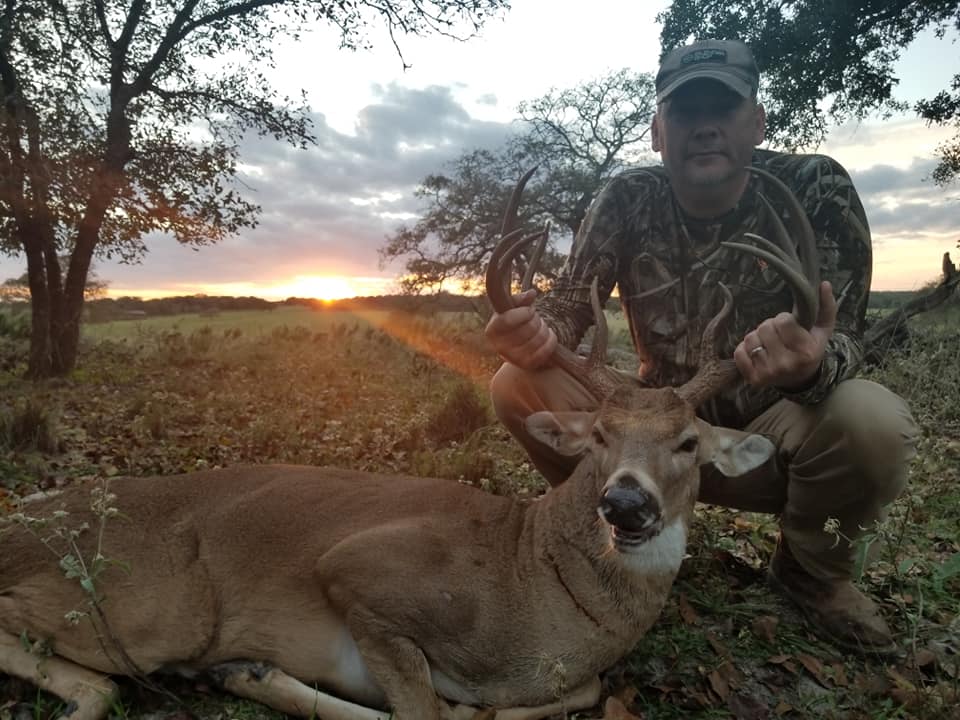 I used this rifle.. a semi custom built around a Tikka CTR 308

Barrel chopped to 16 and threaded 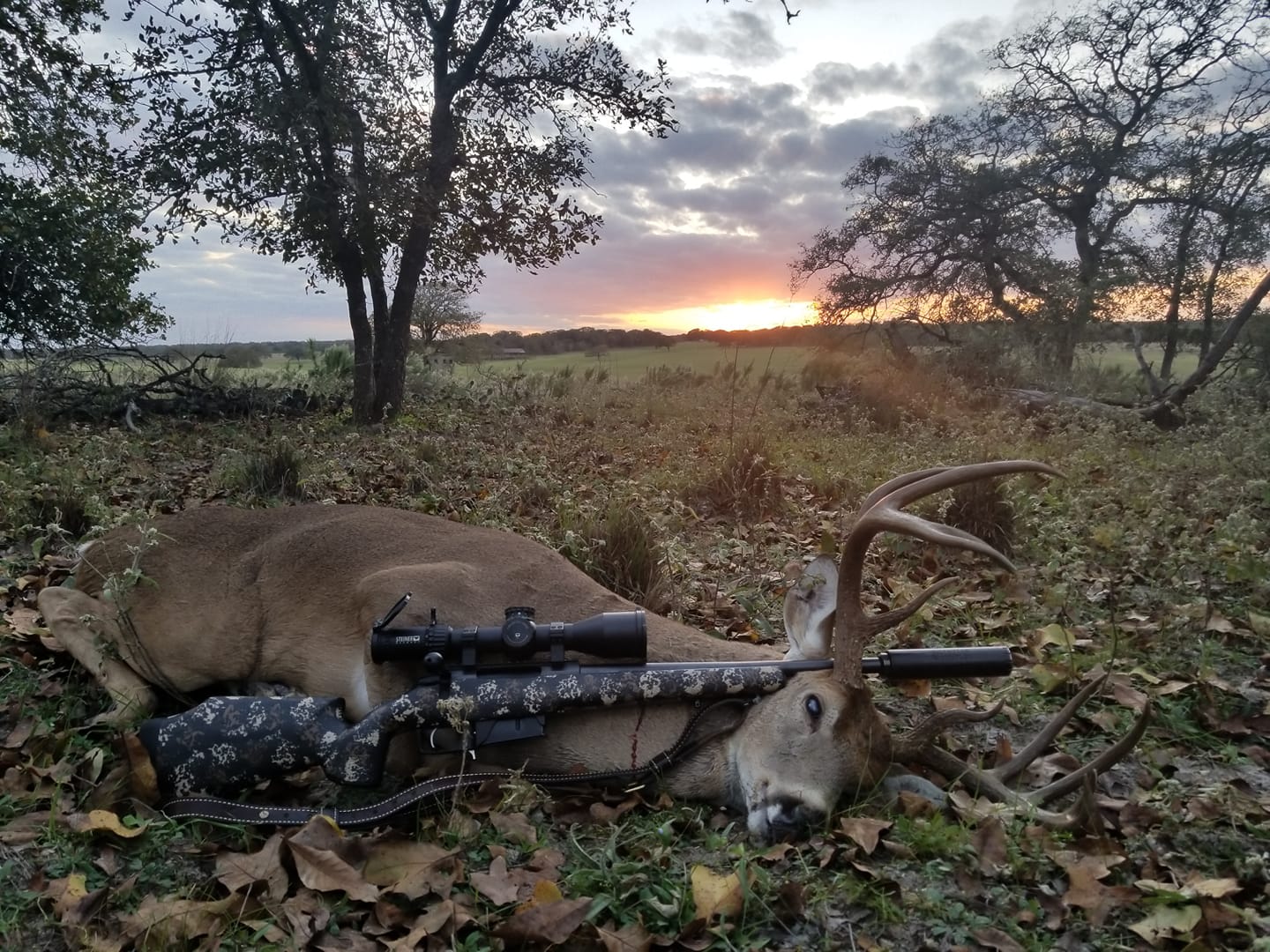 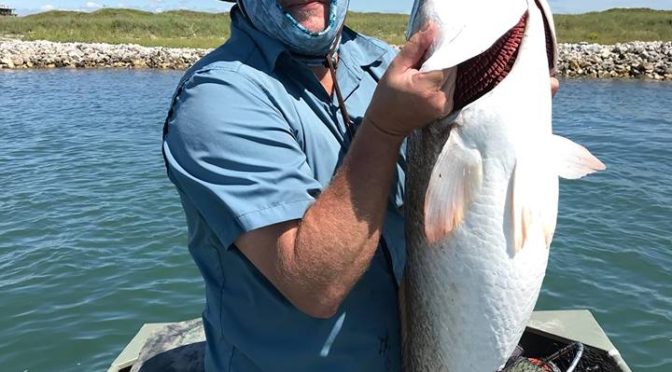 My brother Mike and I spent Saturday fishing Seadrift, despite finding bait activity we just never found the fish..  We decided on Sunday to change gears and head to Port O’Connor.

We woke up at 5AM in our favorite little hotel, the Real Time lodge.  I stepped outside and the wind was calm, checked Doppler Radar on my phone and it looked like offshore showers, sweet!.  We headed to Port O’Connor and put in at the Fishing Center, grabbed some live shrimp and dead finger mullet and made our way to Sunday Pass right at first light with lots of bait in the water and thought for sure, “yeah, we are about to get into the fish!”  Well, we had activity but only put on trout in the box.  We decided to head over to Pass Cavello and ran out into the gulf for a few minutes before turning our little 16ft jon boat back in.  Even with just small rollers we understand how the gulf works and it doesn’t give a (blank) about you!  Having grown up on the coast in the boat business and doing some dumb stuff with boats we know the limits of our boat.

Back in we went and we fished the pass for a while with shrimp (hard head catchers), various top waters and soft baits without much success.  We tried fishing the bottom with cut bait but no luck.

Since it was so calm and it’s that time of the year for bull reds we decided to make a run up to the jetties to check it out.  There wasn’t much boat activity at all and we fished the edge of the jetties for a bit, even trying cut bait on the bottom with bait casters and got hung up several times.  We changed strategy and went to spinning rods and lures.  About a 1/3 of the way out Mike spotted feeding near the rocks cast a gold/black Rapalla Broke-Back lure and WHAM! got a hit, I saw a flash of “something big” and could tell it was a beast..

I spent 30 minutes gently trying to wear it out for fear of it snapping the 20lb line.   Any time I put some pressure on it would just start stripping line off the real.  I was working it and trying not to rush the fish..  working the drag and sometimes applying just a little finger pressure to the side of the spool.

I was praying for the line and knots to hold.   We finally saw it roll near the surface and it was a big old bull red!   I continued fighting it without just trying to muscle it in to the boat as I know from experience big fish can see the boat and make a hard head snap and break off.   When we finally got to land it Mike was like “this net isn’t big enough” Just the head went in and we both we wrestled it up into the boat.  It inhaled the lure, I held up by the gills while Mike worked trying to remove the lure so we could put it back into the water fast.

Really happy with my main trout/redfish rig, there were a few times when it ran under the boat and the rod was doubled over! 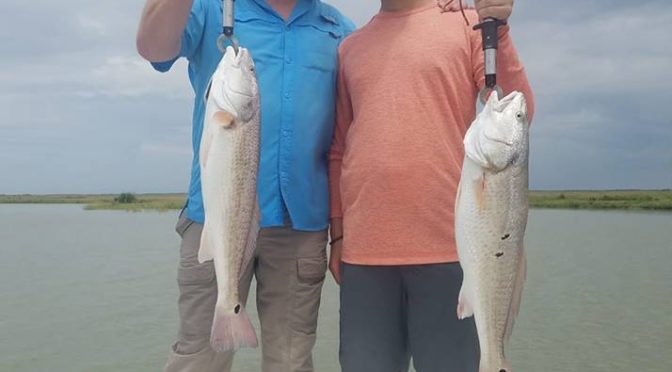 My son David and I went out last weekend with guide David Garcia in Seadrift..  what a GREAT trip, despite the rain!

END_OF_DOCUMENT_TOKEN_TO_BE_REPLACED

So, let me first state that I am absolutely pro law enforcement, one of my best friends and hunting buddy is a cop. Just wanted to share a recent event that should serve as a stark reminder to those who like to have a cold one on the boat. END_OF_DOCUMENT_TOKEN_TO_BE_REPLACED 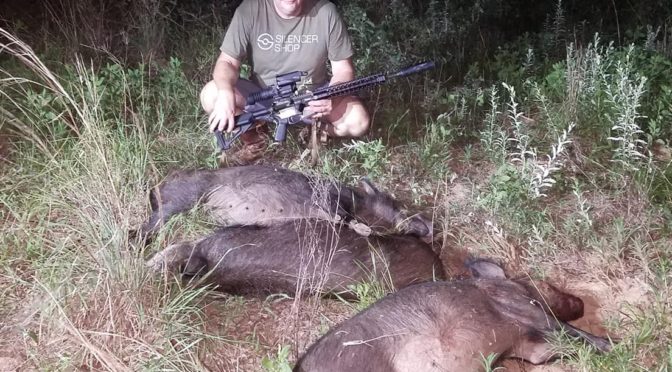 Man,  there just isn’t much out there that is more fun that hunting hogs with Thermal scopes..  My son David and I went out for an evening and took some out with the new FLIR PTS 233.